If you have come to this post hoping to read an informative travel blog about the highlights of the scenic city of Kyoto, Japan, you have come to the wrong place, and MsCaroline is very sorry.  Allow her to, instead, direct you to Emma's delicious Kyoto posts at her blog, Bavarian Sojurn, where you can read some actual useful information about Kyoto and also drool at some of the most lovely photos on the Internets.

Those of you who are still hanging around here in the second paragraph will not be surprised that MsCaroline has been back from Kyoto for almost a week and actually only has a very few really useful observations to make about Kyoto, but plenty of other sorts of observations, which her readers have come to expect or at least, have resigned themselves to.

MsCaroline should point out up front that she and MrL have both taken on extra responsibilities at work since January (a good thing, careerwise, for both of them, but time-sucking) and have, correspondingly, far less time to do anything.  On top of that, Son#2 has a completely different holiday schedule than MsC, which means that the AsiaVus are limited to taking long weekend trips to places that aren't too far away and only when the stars align.  As a result, MsC has been doing a lot of slapdash, last-minute bookings involving late-night arrivals and late-night returns, which is fine for Son#2, who has the vigor of youth to sustain him, but which requires at least a week if not more a slightly longer recovery time for his parents.

Needless to say, with this sort of poor planning, things are less likely to work out as perfectly as MsCaroline would like.

For example, had MsCaroline realized what she was doing, she would never have booked a weekend trip to Kyoto at the peak of Cherry Blossom Season.  But let us not speak of that:  instead, let us speak of Japan (generally) and of Kyoto (more specifically,) the wonders that were seen and the things that were learned.


Which is quite lovely and remarkable, if you can mentally shut out the rest of the crowd around you:


MsC is sad to say that they decided against buying the super-duper electronic head massager (not sure it would work without a transformer back home) but each one enjoyed it in his or her own way: 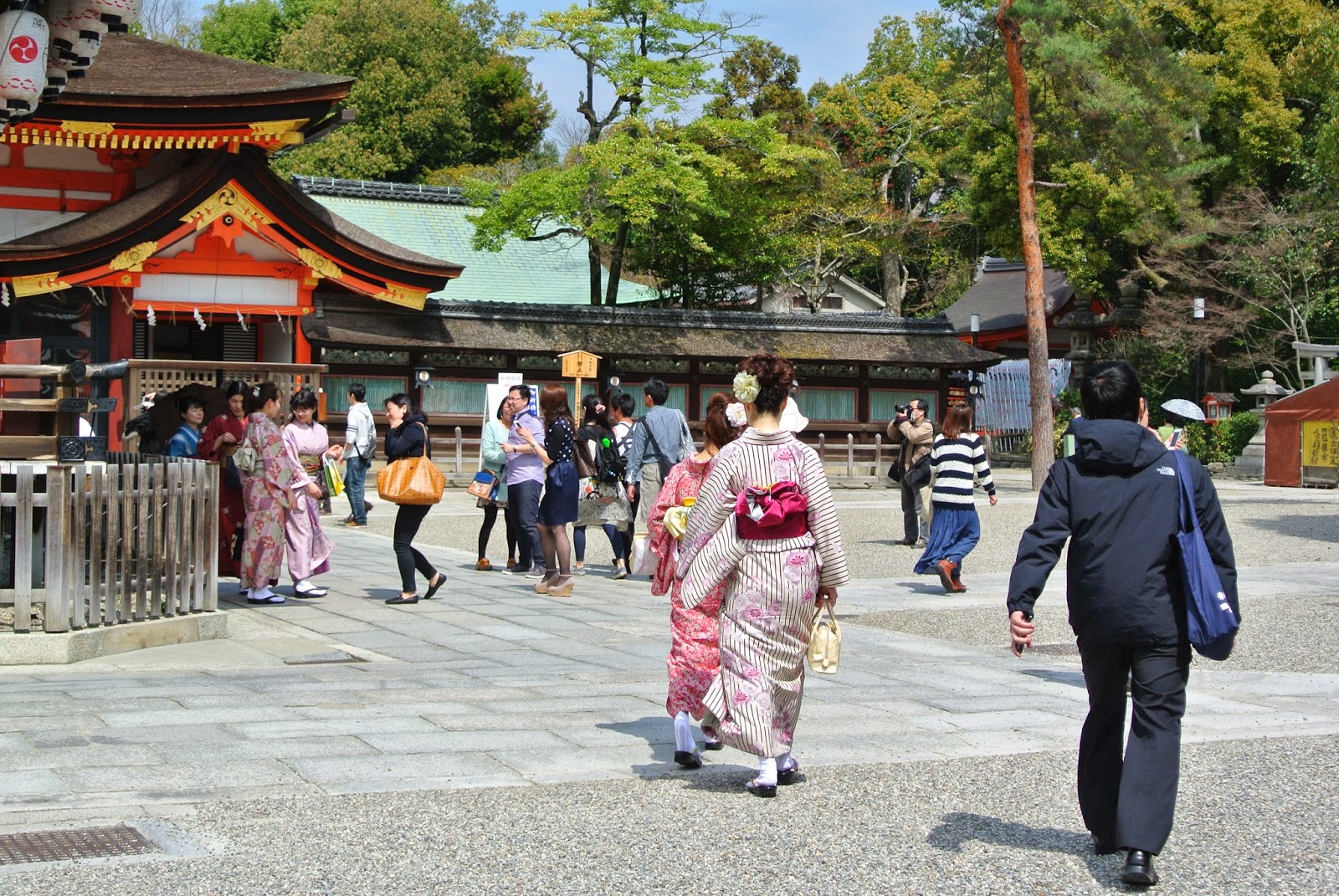 In other cases - such as this bank of vending machines - it seems like something out of a time-travel novel. 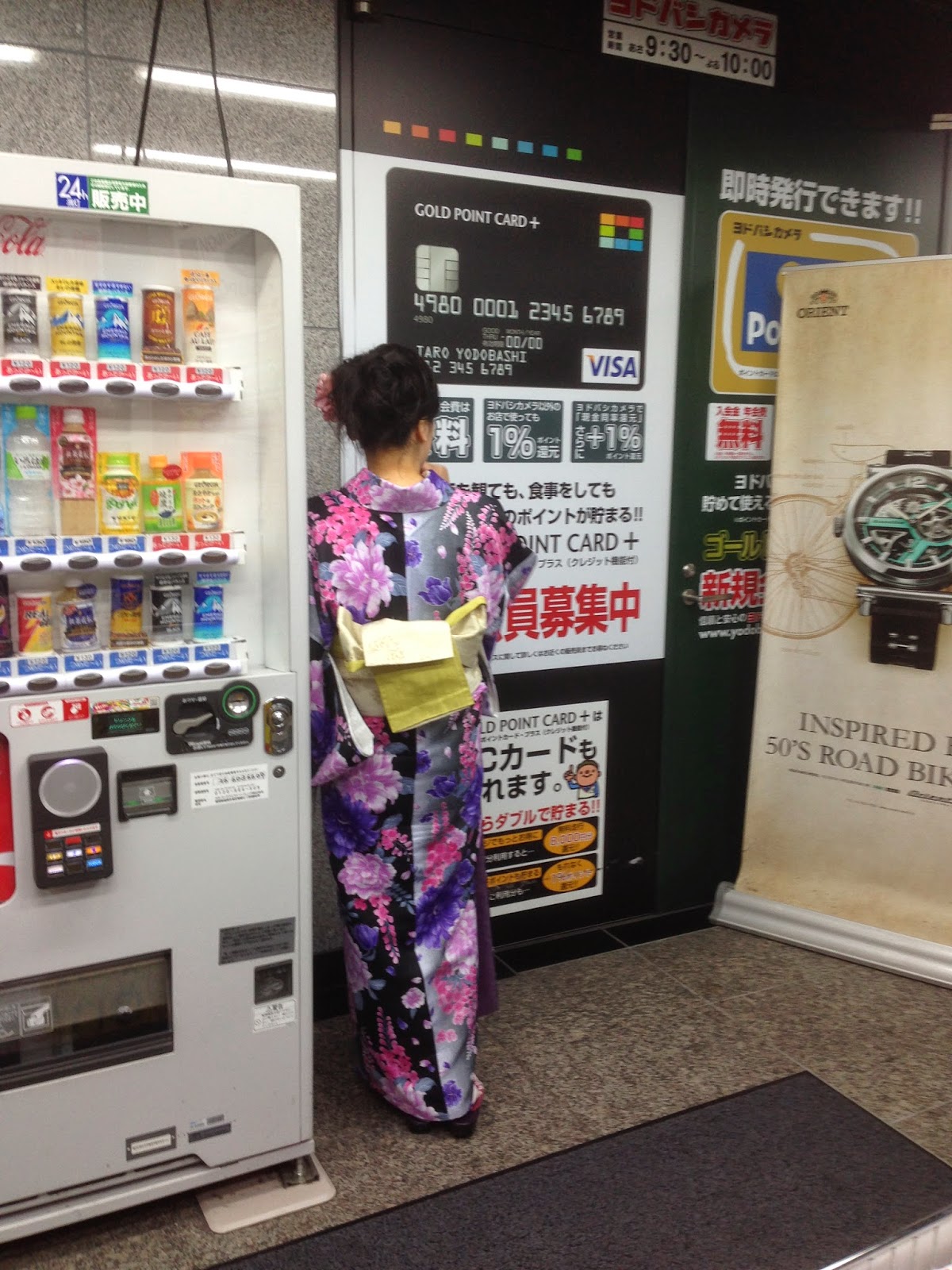 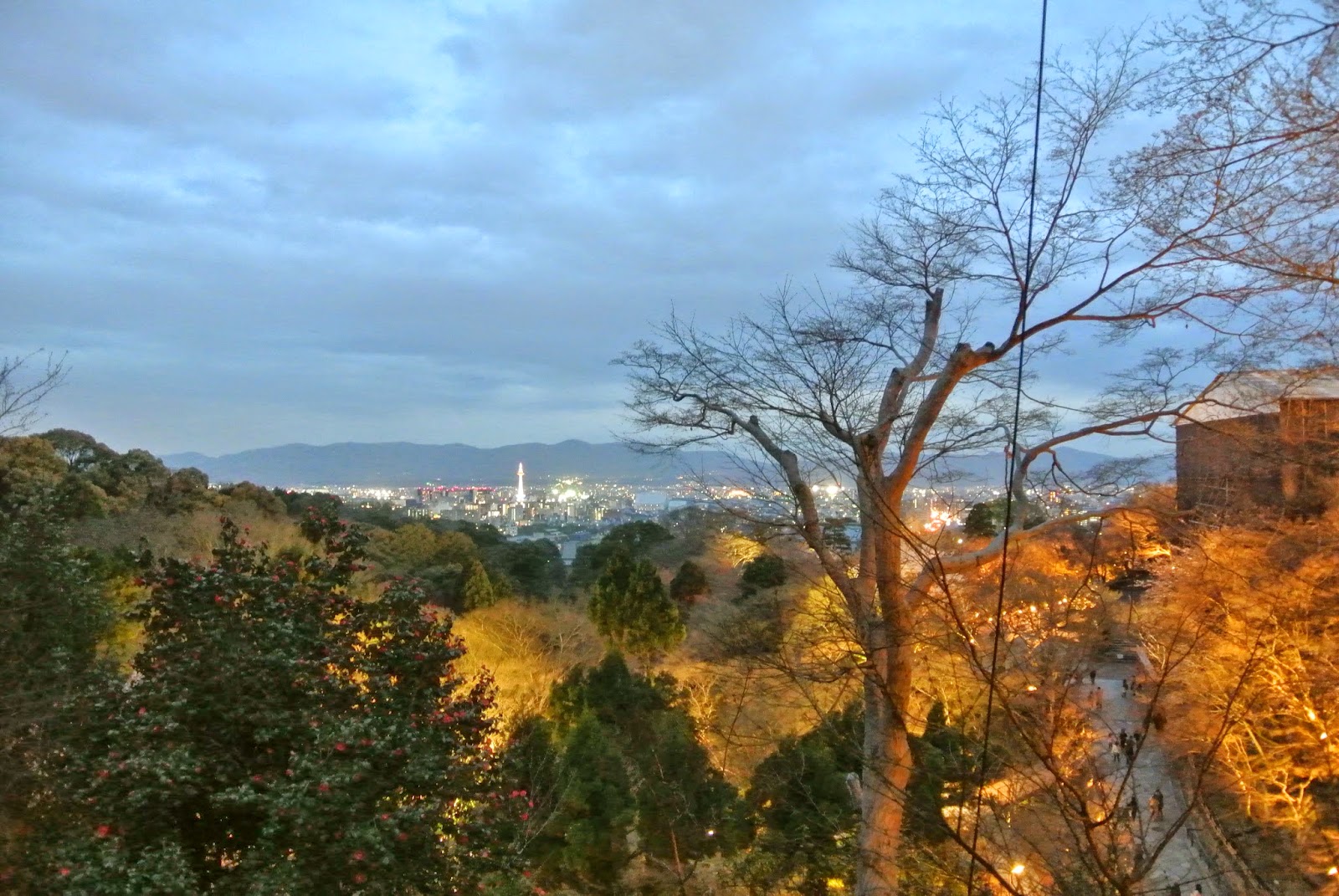 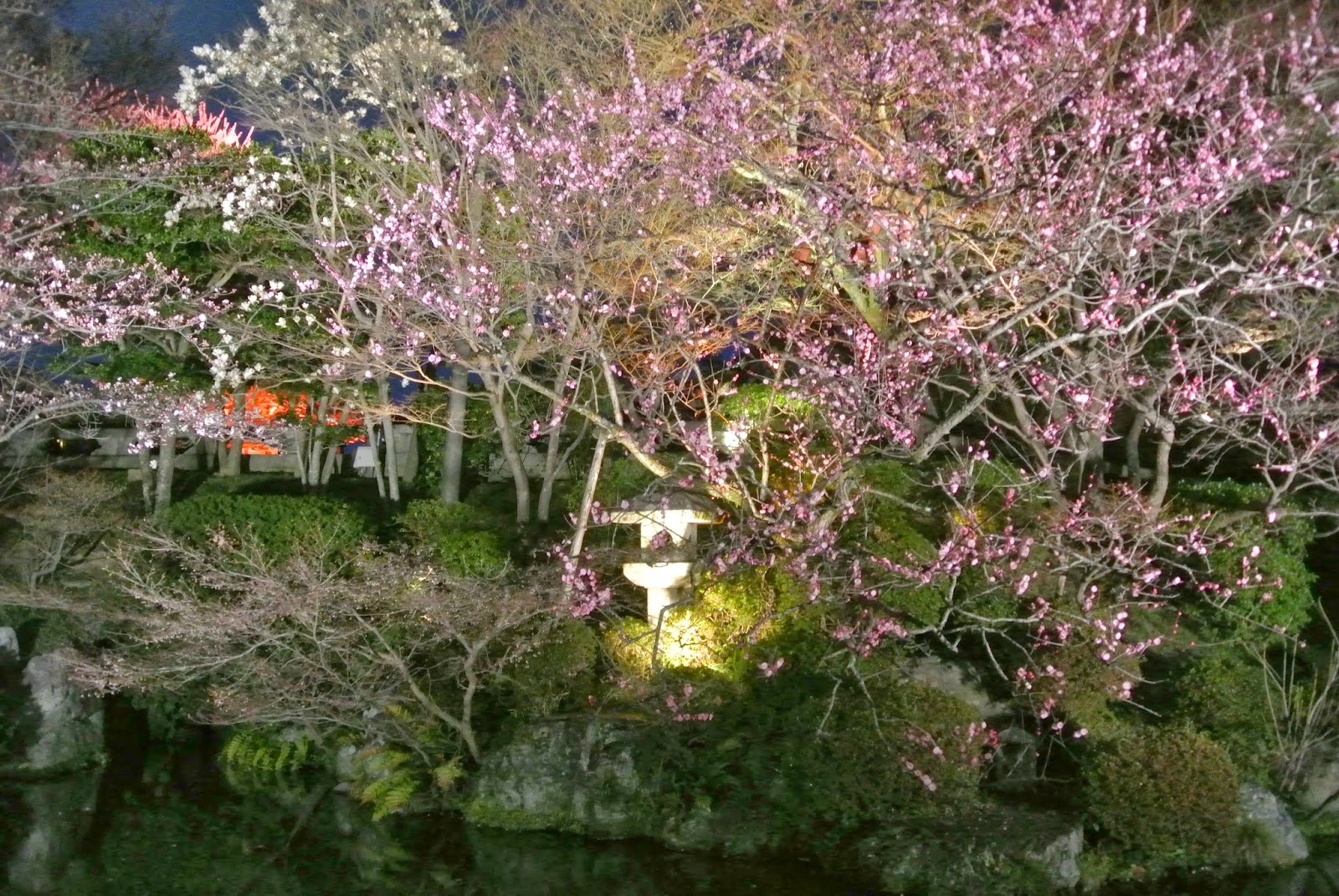 Stacy Rushton said…
Wow! What a beautiful place! I always love traveling along with the AsiaVus. You point out the funny along with the beauty and make me feel like I have seen it all myself. As I have traveled to neither Korea or Japan (transits in airport do not count) they are both high on my list of places I'd love to go. Each of your travel posts reinforces that! Thank you!
April 6, 2014 at 8:21 AM

MsCaroline said…
Stacy - Awww...thank you! I know full well that I am not a good 'typical' travel blogger - there are many really good ones out there whose blogs I refer to for useful information - but I love hearing the quirky little things about places - which is probably why I like to share quirky things! I think you would love both Korea *and* Japan - although I am a little prejudiced towards Korea, for obvious reasons. I hope if you make to Korea, you'll do it while I'm still here!
April 6, 2014 at 11:54 AM

Karen said…
Literally drooling over your photos (Have I mentioned that it has been a long,cold winter and is shaping up to be a cold, rainy spring?) and giggling over your prose! Love the apropos reactions to the head massager! Sunny (er) and warm (er) today for the double birthday bash. Josh is 17, as of March 20, and Katie is 15, as of yesterday.
April 6, 2014 at 2:17 PM

MsCaroline said…
Karen - happy birthday to both J & K - Cullen was 17 on the 13th (another coincidence - or did we already know that both boys had March bdays?)
Hope your weather warms up soon - you really do deserve a break after the winter you've had!

BavarianSojourn said…
Thank you so much for the "hat tip" Caroline! :) How lucky you were to see it with the cherry blossoms (albeit with crowds!) I bet it was completely beautiful! Did you get to meet with Peter in the end?? Emma :) xx
April 7, 2014 at 9:36 AM

MsCaroline said…
Emma - you're welcome - but all I said was true! Yes, it was very lovely, but I felt like I was in a tide of mass humanity stalking the poor cherry trees. We never did get to meet with Peter - as you can imagine, he's pretty heavily booked at this time of year - but we will definitely be going back (short, cheap flights for us) and will be sure to get in touch with him when we do.
April 7, 2014 at 10:21 PM 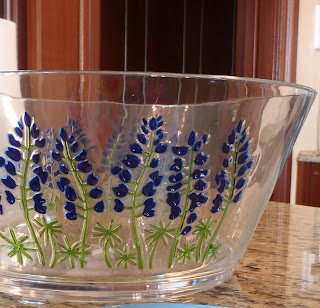