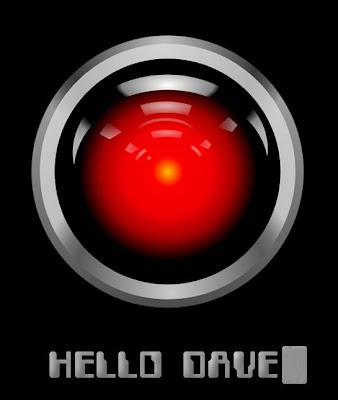 One of the interesting things I have noted about living in our apartment building in Seoul is the effort that the management makes to communicate with its non-Korean residents.

Now, it is true that most of the notices pinned up to the notice boards in the parking basements or taped to the elevator are in Korean, not English, but most of the public signs have English translations, and even the electronic messages over the elevator ("Welcome to Park Tower, Home of Noble Life.  Please Confirm Your Purpose With the Desk Attendant Before Using The Elevators") are in both English and Korean.  And, no, I do not know what 'noble life' means, but clearly we have it, since we live here.

Anyway, unlike the other apartment buildings in which I have lived, this apartment building has a public announcement system which it uses to notify the residents of incidents that they may wish to be aware of.  The first time this happened, we were a bit surprised, since we didn't realize that there even was a public address system.  A soothing electronic arpeggio reverberated through the apartment, and then was followed by the dulcet (recorded) tones of a woman's voice making a lengthy announcement in Korean.  We were imagining them describing some sort of national emergency and giving all the Korean-speaking residents detailed instructions for evacuation while we English speakers sat around in blissful ignorance in the face of certain doom.  However, about a minute after the first announcement ended, the tones sounded again, and this time, were followed by (what we assumed was) the same announcement in English.  The voice was, again, female, but this one was obviously a close relative of the monotone-voiced bears that were all over the internets a few months ago.  "Greetings, Park Tower Residents," she chanted robotically, "This is an announcement from the Park Tower Life Management Office" and then she proceeded to inform us that there would be a test of the gas mains the next day between 10 and 3, and we would not be able to use our gas during that time, they were sincerely regretful of the disturbance, thank you for your patience.  Melodious tone.

Since then, we've gotten used to these announcements.  They usually take place around  10am or about 7pm, are delivered in a sort Stephen-Hawking-but-female voice, and have pretty obviously been run through Google translator, meaning they are not consistently made in (what we would consider to be) standard English.   Most of the time, they are informing us of some sort of building maintenance, such as:


...and my personal favorite so far:
Anyway, we've been here for nearly five months now, and have started to feel a certain fondness for the disembodied Voice In The Ceiling, but a couple of weeks ago, we had a subtle change that has left me puzzled.  Up until now, all announcements began in the same efficient way:  "Greetings, Park Tower Residents.  This is a message from ..."  In a country where there are something like 5 levels of honorific address that are used to show respect to the listener based on position, age, rank, etc., and in which you can deeply offend someone by not using the correct level of honorific-ness(-icity?), I felt that this was an appropriate greeting considering the businesslike relationship we had with the  life management office.  Granted, they could have called us 'highly esteemed' residents,' or 'sincerely valued' residents, but, really, I was fine with the brusque but appropriate 'Greetings.'

And then someone had to jump in and mix it up.  A few weeks ago, I was fascinated to hear the familiar robotic voice intone:  "Hello. Folks.  This is a notification from...."  That's right, we had gone from 'Residents' to 'Folks.'  MrLogical and the boys, of course, did not notice (or care), but - like any normal woman - I puzzled over the subtleties contained in the word.  Who had made the change, and why, and where were they from? Why the change in our relationship? In North America, 'Folks' is a word used  by down-home politicians, earnest salespersons, Southern preachers, and (quite often) teachers.  It is used to address a group of persons with whom the speaker has (or wishes to imply he has) a fairly close and comfortable relationship.  I can't speak for everyone, of course, but I've always thought of 'folks' as having a homey kind of vibe, and - in my experience - a fairly Southern one, too.  MrLogical always tells me I read too much into things, but I can't help it.  Now that I'm not working, I have nothing to do but waste my time agonizing over minutiae  ponder deep questions.  In the dark of the night, kept awake by  lulled by the musical rhythm of MrLogical's snores, I have been puzzling over this.  Did our relationship somehow change? Does the management office feel that their relationship with the residents in Korean is more of a 'folks' thing, rather than a 'residents' thing? Maybe they felt that 'residents' wasn't an accurate translation of whatever they were saying in Korean?  What do they call residents in Korean, and is it more honorific  than just 'residents'? Did they hire someone new who had studied English in, say, Georgia, and who felt that using 'folks' would provide a friendlier level of discourse? Or am I reading way too much into this because they really just happened to get a new online translation-to-voice program and 'folks' was just the word that showed up?

That last one, you may have guessed, was MrLogical's suggestion.

Wilma said…
Well, since you all live in the same house, so to say, perhaps they consider that you are all family and therefore are "folks."
November 15, 2011 at 7:25 AM

Trish said…
I think my favourite of those is the one about the insect spraying as it sounds as if you're meant to be letting the insects in rather than the maintenance men.
However I'm also troubled by the knife-wielding toy repairer; sounds rather like the child-catcher from Chitty Chitty Bang Bang!
November 15, 2011 at 2:36 PM

Barbara said…
We use "folks" a lot in the Western U.S., too, to sound friendly and to make the listeners think that the speaker is their friend, or we're all in this together, or something along those lines. I wonder if maybe a translator (computerized or human) might interpret "folks" as more appropriate address if you want to seem friendly and approachable to Americans and eliminate class distinctions. But I don't imagine Europeans calling each other "folks."
November 15, 2011 at 6:42 PM

Elizabeth Musgrave said…
I am not sure I would be too pleased at being included in "Folks". Sounds a bit cheesy to me! I would be just the same with pondering minutiae.
November 15, 2011 at 9:15 PM

MsCaroline said…
Wilma - that could very well be it!

Trish - I went back and re-read that, and you're right... it does sound like I would be opening the door to a swarm of something. And, yes, the knife/toy combo seemed disturbing!

Barbara - Yep, that's the connotation I have always associated with 'folks' but Korean has always seemed so much more formal. Of course, since I don't speak much of it, I can't say for sure, but since it's so incredibly important to use the correct form of address, I would imagine they would use the very politest form possible to avoid possible offending someone. I would love to know if the use of 'folks' was deliberate or not, though!

Elizabeth - and of course, I have no idea what 'folks' connotes to the British ear, so maybe it's even worse to the UK residents in our building. Re: minutiae - life is in the details, isn't it?
November 15, 2011 at 10:08 PM

Karen said…
Well...I don't use "folks" very often. I do remember my parents using it to talk about their parents. "My folks are coming over tonight." Kind of considered an old fashioned word around here, I think. I'm sure my kids would fall down laughing if I used it around them. I also liked the insects coming in...love how easily English becomes convoluted when it is not one's first language. Goes to show what a difficult language English can be. Still warm here in NE...adding to my general crankiness, along with poor report cards, sick kids and chronic shortages of time and money. :(
Not a great day! Better luck tomorrow, I guess.
November 17, 2011 at 12:15 AM

MsCaroline said…
Karen: I've heard 'my/the folks' used a lot as in 'parents', too, but down South at least, it is also used for groups of people with no one feeling self-conscious about it at all. I quickly adopted the phrase, "Listen up, folks" when I started teaching in KY.
Sorry about the headache and the time/money issues- you have my greatest sympathy! I sat down and tallied up housing, books, meal plan, tuition and fees for Spring semester yesterday and spent the rest of the day in a cloud of gloom. I had the ballpark figure in my mind already, but seeing it there in black and white made it far more painful than I'd expected.
November 17, 2011 at 1:08 AM

anneli000 said…
Perhaps it was the language gods who heard your wishes for the familiarity of home (remember we discussed my Mallorca Syndrome) and artfully injected the mundane with a little taste of Texas.