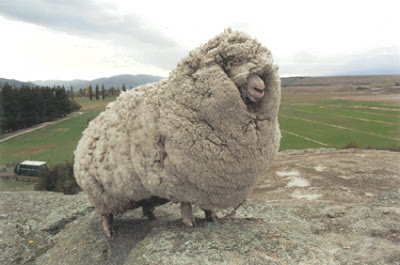 When I learned we were moving to Seoul, I did what most modern women do when they learn they will be packing up their families and moving to another country:  I went to the internet.  I was actually pleasantly surprised to find quite a bit of information and advice that had been gathered and passed on by others who had done the same thing and were happy to be able to share their hard-earned wisdom.  As most of my readers know, this information - despite being quite thorough - did not prevent me from making some spectacular packing blunders, but at least I had a general idea of what I did and did not need to pack.

Among the items on the 'pack' list was 'area rugs.'  The literature was quite clear on two points:  1) most apartments in Seoul - which are usually heated by ondol, an underfloor hot water heating system - do not have carpeting, and 2) the area rugs available are not often to the taste of most Westerners.  It goes without saying, of course, that we did not pack any area rugs to bring with us, and, as a result, have been forced to purchase some rather unusual floor coverings that I am 100% certain I would never have bought back in the good ol' US of A, including two very odd microfiber things in the boys' rooms that set everyone's teeth on edge.  I blame this mostly on Mr. Logical, who  - while almost perfect as far as husbands go - has one or two teensy flaws, one of them being that he is almost always right, but still occasionally falls short of the mark. Thus it was that, during the packing process, this conversation took  place:

Me:  Honey, the internet sites I've been reading say that we should bring area rugs with us.  What about  bringing those old orientals up in the attic we've moved with us through the last two states?

Him: (dismissively) Those rugs are so old, they're practically disintegrating.  We probably wouldn't want to use them anyway.  We can just buy new ones in Seoul if we want them.

Me: (doubtfully) Well, according to what I've read, we will want them since none of the apartments are carpeted.  And it's supposedly really difficult to find good ones over there.

Him: (airily) Oh, it's a city of 12 million people.  We'll be able to find something we like.  Or we can order something in the mail.

My astute readers will have, at this point, figured out exactly what happened, which is that we got to Korea, ascertained that rugs were necessary, and proceeded to discover that finding area rugs that a) we were willing to pay for and b) were not shot through with metallic threads or resembling a giant field of mink  was somewhat more difficult than MrLogical we had anticipated.  In short, city of 12 million notwithstanding, we were not able to find something, and then began the excruciating challenging process of trying to find an online retailer who: a) sold suitably priced and styled rugs and b) would ship them to the Republic of Korea (not as easy as you'd think.) On top of this, we found it very difficult to look at a small, fuzzy photograph on the Internet and extrapolate just how that would look on the floor in our apartment's living room.  Eventually, though, we found  a suitable neutral-looking specimen that appeared to be a muted beige shag and ordered it. When it finally arrived eons several weeks later, we tore the wrappings off only to discover that what we had actually ordered was a flokati rug.   Now, I have nothing against flokati rugs per se. I have some fond memories of flokati rugs, which were quite popular in the 70s and 80s when I was growing up.   I simply did not plan on ordering one.  However, since we'd been waiting for months to have something to walk and sit on besides the chilly hardwood floor, we decided to go ahead and see how it looked.  We got it spread out and arranged, and decided that, while it wasn't quite what we'd envisioned, we sure as hell weren't going to pay to pack it back up and mail it back  it did add some warmth and texture to the room and it would do.

Now, for those of you who do not know about flokati rugs, I will just say that they are an excellent idea in theory.  They are made of wool, which means they are soft and warm and comfy for walking and sitting on. The fact that they look rather like an Old English Sheepdog after a rough afternoon of play simply adds to their charm, or so the interior design industry tells us.  However, warmth and comfort notwithstanding, the flokati also has several drawbacks.  Now, let me just say up front:  we were warned.  When friends A and B came to visit not long after we'd gotten the flokati, they were very complimentary, but B asked me kindly later on if we'd ever had a flokati before, to which I replied in the affirmative.  In fact, both MrLogical and I had flokati rugs at some point during our growing up years (keep in mind the 70s and 80s were the era of the macrame' plant hanger;  the perfect complement for a flokati rug) and remembered them fondly. However, what I failed to realize was that I had never had a flokati before as an adult, which, as it turns out, is something different altogether.  As a teenager, I clearly didn't care about - or, more likely, didn't notice - any of the annoying attributes of the flokati rug.  As an adult, however, I can tell you that it's making me insane.


It turns out that - from an adult standpoint - the flokati rug is just about the most annoying floor covering a person can own.  In the first place, since it is made of wool, it tends to shed, by which I mean, huge tumbleweeds of fuzzy wool spontaneously detach themselves from the rug and migrate through the apartment, floating gently through the air like thistledown and landing wherever they will be most conspicuous to visitors, who can only assume they're balls of dust and the resident housekeeper is sitting down on the job. It's also worth noting that, no matter how much a person vacuums, the second that anyone steps onto the rug, it releases fibers into the air, which means that - unless no one ever steps on the rug, which pretty much defeats the point of having it - you are fighting a losing battle.  On top of that, the flokati fibers like to attach themselves to fabrics.  This means that guests to our home who spend any time near the Giant Shedding Flokati will leave with their clothes liberally strewn with wooly white hairs, looking as though they'd spent their visit wrestling a sheep and picking balls of fluff off themselves as they leave.  But wait! There's more! Because of the long fibers, the flokati cannot be vacuumed with a typical vacuum cleaner - the kind with a revolving beater bar - because it would become tangled immediately.  No, all you can do is ineffectually scrape the bare floor attachment across the surface of the rug, which means that very little is actually vacuumed up.  Furthermore, the fibers have a remarkable tendency to mat themselves together, which means that if a teenage boy person spills a bowl of popcorn some food on said carpet, the food can be trapped underneath the woolly web and never be seen until a guest arrives and steps on it.  Do not ask me how I know this.

So, we now have a soft, cozy floor covering in the living room that sheds, attaches itself to clothes, and I have despaired of ever getting it really clean with the vacuum cleaner.  Of course, knowing MrLogical, he's come up with the solution:  we just need to give it a really good shaking out.  All we have to do, he stated blithely to me, is roll it up, trundle it down 14 flights in the elevator, drag it out to the immaculately manicured grounds outside our building, and shake the contents of its 11x14 square feet out.

Wilma said…
Metal dog brush. Works wonders. We had a yellow one that resided on the back of my mother's sofa for years. She regularly brushed it. After we got Betty she fell in love with it and it became hers and resided on top of my hope chest until it disintegrated--the rug, not the chest. Mama sent the brush home with us as well. LOL
November 26, 2011 at 4:25 AM

MsCaroline said…
I think we must have a different kind of flokati than you did, because it would not be possible to pull a brush through the wool of this rug at all...sigh.
November 26, 2011 at 5:17 AM

Trish said…
Oh you do make me chuckle!

Great memories of macrame plant holders though - I think I had lots of spider plants in mine.
November 26, 2011 at 4:22 PM

Wilma said…
Trish, I thought macrame plant hangers were specifically designed for Creeping Charlies. That's what was in most of ours. LOL Anybody remember those big T-pins they used to hold the macrame while it was being created? You haven't lived until you've rammed one of those suckers up your toe all the way to the T-top. OUCH!! Thanks for the macrame memories, ladies. *grin*
November 27, 2011 at 1:40 AM

Unknown said…
Don't forget the vanilla candles that went with the macrame plant holders and flokati rugs. We also have an 11x14 flokati and I don't know what I would do if I lived in an apartment as we haul ours out onto the patio and shampoo it yearly with kookaburra wash and hang it on the fence to rinse and dry. Haven't had the shedding that you are experiencing but ours is not new. You can spot clean them with the Kookaburra or woolite.
August 4, 2014 at 2:45 PM