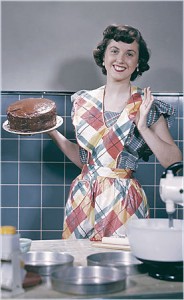 ("Ask MsCaroline" is an infrequent, semi-regular feature of the AsiaVu blog in which MsCaroline addresses issues and questions applying to the minutiae of daily life of a 40-something expat trailing spouse living in Seoul.  All opinions expressed are those of MsCaroline and do not necessarily reflect those of MrLogical, Sons#1 and #2, or their affiliates.)
Yes, loyal readers, MsCaroline is back, ready to share her knowledge, experience, and cautionary tales of expat life in Seoul with young and old.  MsCaroline would like to also point out that, after 18 months, she really felt that she was past the 'cautionary tale' stage, but apparently, she has a very slow learning curve, and is therefore still able to bring plenty of authentically wacky misadventure to the table.

Question:  I am fascinated and enraptured by the catchy hit, 'Gangnam Style,' sung by South Korean pop sensation 'Psy.'  My heart's desire would be to own a pair of socks with his likeness on them.  Is this possible?
Answer:  Have no fear, loyal fangirl! Your dream can, indeed, become reality! MsCaroline would like to assure you that you can buy any kind of sock nearly anywhere in Korea - in stores, at produce stands, and next to bus kiosks, as well as spread out on a tarpaulin on the pavement by the subway entrance, and even in vending machines (MsCaroline is not making this up:  she bought Son#2 a pair out of one just because she could.) As far as MsCaroline can tell, Koreans are passionate about socks, and an ample supply of them appears to be integral to the smooth running of the country.  You will find every color and style of sock you can imagine, emblazoned with every possible pattern, logo, emblem, cartoon, and image.  The sock epicenter of Seoul is probably  the Namdaemun Market, where sock aficionados such as yourself can indulge your every whim and desire in the sock arena, including your interest in Psy. 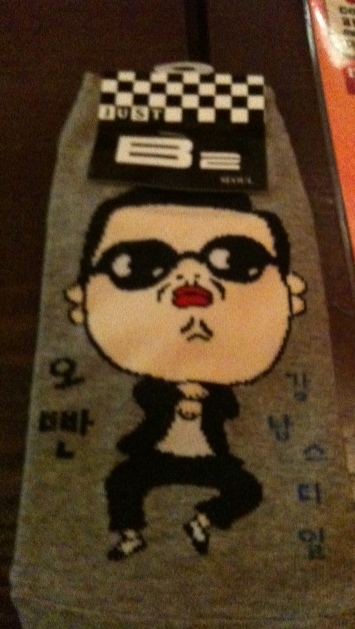 Question:  I am meeting some friends for dinner.  We live in different parts of the city and are planning to meet somewhere near the restaurant where we're eating. Two people in our party are very new to Seoul and do not know their way around well.  Where do you suggest we meet?
Answer:  Up until last weekend, MsCaroline would have said, "meet them at a nearby subway entrance."  The Seoul subway is fast, efficient, safe, and well-marked, and directions in Seoul are often based on the nearest subway entrance, eg:  "Go to X Station, leave from Exit 3, take a right, and walk 500 meters."  In the last 18 months, MsCaroline has confidently and successfully navigated all over the city, never once experiencing a problem with this method.  However, there is an exception to every rule, and, naturally, MsCaroline got to experience this one.  Although MsCaroline would still recommend meeting your friends at a subway station exit, she recommends that you establish an alternate exit as a meeting spot in advance.  Otherwise, you may end up getting to the subway station (as MsCaroline did) and discovering that, not only have you exited the train at one end of an enormous station (which you thought you knew pretty well but apparently didn't) that links up with the Airport Railroad, but that the exit you need seems to be at the opposite end of the station.  If you are like MsCaroline, though, you will not mind a bit of a walk and strike out for the exit, following the standard clearly-marked and numbered exit signs, confident in your understanding and knowledge of the Seoul subway system and your 18 months of experience in navigating it.  However, you should be prepared for the possibility that the exit no longer exists, even though it is still marked on every sign you see, and you won't realize it since you can't read the Korean signs that probably say in very small print, "There's no more station 6, even though we have it still marked all over the station." You will, therefore, wander endlessly through the labyrinthine subway station, calling your friends - who are also trying to find exit 6, only they are aboveground - and trying to figure out where the hell you are. You will exit the subway a number of times, only to find yourself in strange surroundings in the dark with no landmarks and - at least once - exit into a huge, empty construction site.   When you finally establish - through conversations with no less than 5 people with varying degrees of English speaking ability - that the exit you are looking for has been closed up and turned into a wall(unmarked in any way to show that it was ever even Exit 6), you will call your friends and agree to meet at another exit, only to (belatedly) discover that the exit you agreed upon is approximately a mile away.  This is unlikely to happen to you, but MsCaroline just wants you to know it is a possibility.  So be prepared.


Question:  I would like to go out for Mexican food in Seoul.  I know you have lived in two states in the American Southwest and therefore have reason to know something about what constitutes good Mexican food.  Can you give me some tips on finding good Mexican food in Korea?
Answer:  First of all, MsCaroline is not a food snob.  She will eat almost anything -as evidenced by previous blog posts - and she understands that restaurants in Korea are serving a public with different palates and different expectations than her own, so her personal opinion may differ significantly from someone else's.  However, after spending 11 years in the American Southwest, MsCaroline has come to have certain basic expectations of Mexican cuisine which - she imagines - are shared by those of her fellow Americans who have had regular access to it, and she has found many Mexican restaurants in Seoul who also share those standards. As she has learned, however, there are also a number of restaurants who do not.  Due to circumstances beyond her control,  MsCaroline recently found herself in just such an establishment, consuming a meal that would most likely not have even been recognized as Mexican food by anyone living in the state of Texas.  Had she been alert and on her guard, she might have saved herself some trauma disappointment by observing some of the most obvious indicators much sooner, including:


*MsCaroline has eaten a lot of taco salads in her day and can say with some authority that croutons do not belong in them.
Email Post

Wilma said…
Not only do croutons not belong anywhere near a taco salad but IMHO Italian dressing has no business to be anywhere NEAR a Mexican restaurant. Sounds like the restaurant down the road that my friends raved about and we went there and they had VELVEETA cheese on the enchiladas. We are not as understanding as you are. A friend of John's wound up calling the police at the same restaurant because they refused to pay for Velveeta cheese and the restaurant wouldn't let them leave. The officer arrived and laughed at the restaurant people. LOL
October 21, 2012 at 3:58 AM

MsCaroline said…
@Wilma - Yes, of course, you of all people understand! I really am not in any way a food snob, and it's not like I was whining because their mole' sauce didn't contain the right variety of ancho chilis or something nitpicky. I'm also really used to there being a Korean interpretation of a variety of things that differ from what we expect in the US, but I think that the presence of salsa is non-negotiable. I would probably have tolerated Velveeta just fine in the Korean restaurant if all other things had been equal; obviously it would be entirely unacceptable in a Mexican restaurant in the US. I'm glad the policeman understood what was going on. The only time you should expect to find Velveeta in conjunction with Mexican food is if you buy it at a 7-11, in which case, you can't really be surprised.
October 21, 2012 at 4:27 AM

BavarianSojourn said…
Oh dear... That margarita sounds terrible, and croutons??? Brilliant post. I believe these things are sent to try us expats! :D
October 21, 2012 at 5:32 PM

Karen said…
Kudos to you for your perseverance with the "margarita!" I will say that even on the East Coast of the US (where the best Mexican is not generally found, due to obvious geographic factors), Italian dressing and croutons would not be acceptable! And salsa is a must! Loved the subway stop story, reminds me of being in NYC on the weekend for Neil's first visit as an adult and navigator and discovering that our carefully planned out subway travel did not take into account that many stops and routes change on the weekend!
October 21, 2012 at 8:16 PM

MsCaroline said…
Thanks, Emma! I have to say, I really was lulled into a false sense of security: this is really my first time having such an experience in Seoul. I should also point out that my two dinner companions - while not exactly singing its praises - did not seem nearly as offended by the restaurant's break with tradition as I was!
October 21, 2012 at 9:38 PM

MsCaroline said…
Karen - Yes, it was really noble of me to do that, wasn't it? ; ) Actually, the thing was so big that we had ordered one to split (they bring it with 3 straws) so I wasn't alone in my suffering. The subway situation, however, was completely epic - I'm sure it was my own fault because I'd just told both of my friends with complete confidence that I was used to navigating by subway, had done it for nearly 2 years, and had never gotten lost. I was probably tempting fate with that comment! Your NYC adventure sounds like it was right along those lines!
October 21, 2012 at 9:50 PM

Unknown said…
Oh wow, you made my day!

MsCaroline said…
Joy - See, there's the silver lining I was looking for! : ) Thanks!

Trish said…
Gangnam style socks! My Christmas presents are sorted. Thank you so much, Ms Caroline.

MsCaroline said…
Trish- that's the kind of service we aim to provide! I regret to say that I was not only hyperventilating but also thinking some extremely unladylike thoughts during the subway fiasco. The vile anti-margarita afterward just added insult to injury.
October 22, 2012 at 3:07 PM