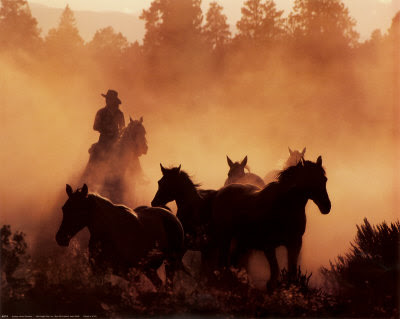 1. (Life Sciences & Allied Applications / Agriculture) the act of gathering together livestock, esp cattle, so that they may be branded, counted, or sold
2. a collection of suspects or criminals by the police, esp in a raid
3. any similar act of collecting or bringing together a roundup of today's news

(Note:  We're working with definition #3 today, in case you were wondering.) Having lived in Texas for several years before moving to Seoul, I feel entirely justified in using the metaphor of a round-up as a convenient heading for the purpose of lumping my very random and completely disparate thoughts together under the pretense of a unifying theme.  (Granted, during our time in Texas, we lived in a house in a suburban neighborhood, with nary a horse, cowboy, or longhorn (if you don't count all the UT flags and stickers) in sight, but we were, nonetheless, in Texas, and I feel that this still qualifies.)  Since I've pretty much just been languishing sick for the last two weeks, not much has been going on here that's worth blogging about except a few random bits of information.   Therefore, without further ado, I give you:  MsCaroline's Thursday Round-Up: 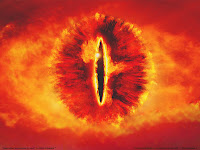 Well, maybe it wasn't quite that bad, but it certainly felt like it.  Needless to say, if the cough hadn't already limited my social contacts, the eye took care of the rest of it.  Given those two conditions, the content of my next heading is especially remarkable, namely
"This is to certify that the above person has no infectious diseases, such as tuberculosis, trachoma, Leprosy, venereal disease (syphilis), skin disease, or psychiatric disturbances, narcotic drug addiction, any intoxications of harmful substances, any defects of hearing and speech, visual defect, general weakness and any disability of the body. "
Just in case you were wondering. Notice they don't say anything about a lingering cough and a purulent
red eye.
Email Post
Labels: cold weather illness winter in Seoul

Karen said…
Once I have finished all my paperwork, baking, shopping and wrapping I will swing by to swipe the Arse Blaster 9000. We never did hear too much more about that and my curiosity is getting the best of me. Of course, the above items will most likely never be finished so I think your "facilities" will be safe! Glad you are finally better, watch out for that lingering cough, it can backfire on you! I'm off to get started on some work. Swing by my facebook to see poor post operative Lucy. She is doing fine!
December 16, 2011 at 1:20 AM

MsCaroline said…
Karen - you are welcome to it! The reason I never mention it is because no one uses it! I tried it when we first moved it, but the jets of water were so forceful, I couldn't tolerate it. That experience really should be a post, but the subject matter seemed a little delicate..
I saw the Lucy photos on FB - what happened to her?
December 16, 2011 at 1:32 AM

MsCaroline said…
Karen - just saw your comment about Lucy's lump. Hope all's well. Our older labs had to have a number of benign lipomas removed.
December 16, 2011 at 1:33 AM

Trish said…
Quite fancy the pate knives if that's okay?

So glad that photo was meant to represent your inflamed eye; for one awful moment I thought it was another part of your anatomy decorated for the festive season ;-)
December 16, 2011 at 2:31 PM

MsCaroline said…
Trish- Done. I'll leave them on top of the kimchi fridge. Perhaps you and Bridget can travel together?

And yes, that was meant to be my EYE....If another part of my anatomy were glowing red like that, I can assure you I'd get myself to the nearest A&E...it would probably give poor MrL a coronary!
December 17, 2011 at 12:05 AM

Potty Mummy said…
Well I'm in need of some more sharp knives so if you don't need I'll take those... (Very funny - my husband places similar restrictions on my blogging. Because obviously the 20 strong security team looking after our compound, the high walls, cameras and wild dogs roaming at will outside aren't enough to deter any internet stalkers from Nowheresville, Anywhere, if they really want to get in...)
December 17, 2011 at 8:37 AM

MsCaroline said…
PM- Take the knives, but I'm requiring everyone to also take a skillet and a bath towel as part of the deal. It's only fair.

Elizabeth Musgrave said…
Have you got any of those lovely wrapping bags hanging around your apartment? If so I will start saving for the airfare right away. I might have to ask you to go away again as it may take me a while. Hope you are feeling fine again now!
December 18, 2011 at 7:16 PM

MsCaroline said…
Elizabeth - I DO have some extras, but it might be cheaper for you to just order some on line than pay for a plane ticket to Korea! I was pleasantly surprised to find this link online so I'll be able to replenish my supply when we move home:http://www.bobowrap.com/bestsellers.html
December 19, 2011 at 12:35 PM