The Doctor Will See You Now 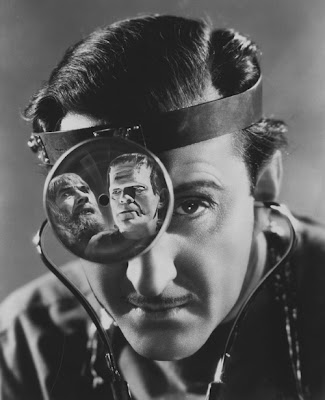 "It's an ill wind that blows no good." - John Heywood


As you may recall, I posted just a few days ago that I had, at last, succumbed to illness and taken to my bed, awash in mugs of tea and self-pity a variety of cold symptoms.  I attributed my infection to an observation I did at a local kindergarten where I'd applied for a job teaching English, and stated that, while I'd not gotten the job, I had caught a hideous cold.  I then went on to discuss my intense desire to avoid interfacing with the local medical system if at all possible.  Are you still with me? Good.  Because, within 24 hours of writing that post, the whole situation turned quite upside down and common honesty requires me to set a few things straight.

In the first place, keeping in mind that Mercury is still retrograde, it should come as no surprise to anyone that my mobile phone is still at the repair shop and I am still using a loaner model.  It should also be no surprise to anyone that this loaner has an operating system that is in Korean.  Even if it did have an English option, I wouldn't know how to find it, since I would need to know Korean to navigate to it.  This means that I can only use the phone to make calls, and even receiving calls can be something of a challenge due to the fact that the phone vibrates forever before ringing.  This means that callers may assume I'm not around and hang up before I ever even hear it on my end (and, naturally, I can't figure out how to re-set the damn thing.)  Ordinarily, this wouldn't be a problem, since the phone is usually in my purse or pocket where I can feel a vibration immediately.  However, when the phone is lying on the nightstand and its owner is dozing feverishly under the influence of powerful antihistamines and cough suppressants, it's very easy for the phone to vibrate endlessly without being heard until the caller hangs up in disgust.

And so it happened that, when the school called me to tell me that, yes, they would like to have me teach English to their kindergarteners, they were met repeatedly with no answer (note:  no voicemail on the loaner phone, either.)  Having gotten no call (that I knew of) I assumed I hadn't gotten the job and  - by - the time I dragged myself out of bed the next afternoon to sit at my desk for the first time in days - I had put the whole thing out of my mind.  Needless to say, I was surprised (and delighted) to get a call saying they'd been trying to reach me and would, after all, like to have me come work with them.

Good enough.  However, this was far from being the last trick up Mercury's sleeve.  The office manager went on to explain to me that all foreign teachers in Korea were required by law to undergo a health examination before they could be issued a teaching visa.  Furthermore, since the school (an international school) would be closing for an extended winter break in just a few days, it was absolutely vital for me to hie myself immediately to to the nearest medical facility offering such examinations in order to get this processed in time for me to apply for the visa and sign a contract  before school closed for the next month.

Thus it was that, the next morning, lightheaded, coughing, and fasting (as required for the blood tests), I dragged myself out into the cold, presented myself at the international clinic, and had my first interaction with the Korean healthcare system.  (The fact that I was doing this not to be seen for the Cold From Hell, but rather, to be pronounced fit enough to teach, struck me as ironic, but maybe I'm getting irony confused with coincidence again.)

The clinic itself was clearly organized specifically for this type of health exam.  It had a series of stations, each of them marked by a large number, and we patients (I was the only Westerner in sight) were processed quickly and efficiently through each one. After I filled out my paperwork, the sweet little receptionist escorted me to Station #1, where I would be given a lung x-ray (for TB).  She escorted me into a tiny dressing room, gestured to a pile of green drapes, and indicated that I was to take off everything up top before putting one on.  She also indicated that I was to take off my earrings and necklace and then, gesturing vaguely in the direction of my breasts and torso, and looking embarrassed, said, "piercings?"  Now, while I realize that the large majority of foreign English teachers in Korea are kicky young 20-somethings fresh out of Uni and probably just bristling with piercings and gauges and various other ornamental metallurgy - not to mention the fact that many of my own contemporaries have a piercing or two of their own - in my sick and fasting state, I found this implication hilarious enough to cause me to disintegrate into a bout of bulging-eyed, red-faced, apoplectic coughing, which probably confirmed for her that I was, indeed, tubercular and had no business being anywhere near children.  I did finally manage to pull myself together; I'm just grateful the conversation didn't involve vajazzling or I would have expired right there in the clinic.  Anyway, after reassuring her that I was piercing-free, I changed into my wrap and presented myself to the white-coated radiologist, who positioned me in front of a chest x-ray machine, provided me with a lead apron to cover my butt (God only knows where those x-rays were coming from) while intoning 'protect! protect!' and was finished in a matter of seconds.

I changed back into my clothes, collected my passport and paperwork, and was sent to the next station, where I was requested to provide urine (even more fun when using an Asian squat toilet) for drug testing as well as a blood sample (as long as they're screening for stuff like cocaine and meth and cannabis, I should be fine;  if they're looking for dextromethorphan and guafenesin, I'm out of luck and will likely be deported.)  The nurse (who spoke some English) explained to me that my blood would be tested for AIDS, syphilis, hepatitis, cholesterol, and anemia.   Although I didn't have a problem with getting tested, it was interesting to imagine how this type of testing would be received in the US. ( It's also part of a larger xenophobia issue here in Korea:  Korean educators do not have to undergo this type of testing - only the foreigners.)  Anyway, that was done very quickly, and I was then subsequently rotated through vision and hearing tests, a height and weight station (where, very oddly, they also took a chest measurement, which no one has been able to explain to me yet), blood pressure, and pulse.  I also had a 'consultation' with a young physician who looked to be approximately the same age as my oldest son (18) during which we discussed my smoking and drinking habits (sadly, quite dull) and any chronic diseases I might have.  This took place at a desk and chair behind a curtain, on the other side of which several other patients who were waiting behind me could listen to their hearts' content (although, if they were hoping for something interesting, I'm afraid they were sadly disappointed.) I had been told about the different cultural attitudes toward privacy that exist here in Korea, so I was prepared for this, but it was still a bit of a surprise.

Once I finished up with the consultation, Son#1 the young doctor scribbled something in a decisive sort of way on my paperwork, stamped it, and told me I was finished. I grabbed my coat, "Anyongheekeseyo"-ed my way out of the office, and was heading to the bus stop in under 30 minutes.  The whole thing had been quick, efficient, and relatively painless- something that I have rarely been able to say about medical appointments in the U.S.  In fact, if it does turn out that I need to be seen for The Cold From Hell, I don't think I'll mind going back at all.
Email Post
Labels: illness Korean healthcare medical exams for English teaching mercury retrograde

Marianne said…
Caolyne, I was reading this on my cell phone before I got out of bed early this morning. I got so tickled that I actually had to get up and go to the living room to finish reading so that I wouldn't wake Joe up. You are hilarious! I miss you and do hope that you feel better very soon.
December 10, 2011 at 12:58 PM

MsCaroline said…
Thanks Marianne! So glad you escaped- I'd feel terrible if I knew I was responsible for Joe missing some of his sleep! ; )
December 11, 2011 at 12:03 AM

Karen said…
Hoping that you are finally feeling better now. What's up with the new job? When do you start? How many hours are you working? Kind of nice working with the little guys. Like they say, "Little children, little problems, Big children, big problems." A nice Sunday here...grocery shopping, Mass, Christmas pageant, football mixed in with paperwork, dinner and more football. Hope you had a good day!

MsCaroline said…
Karen- this has been the slowest recovery of my life! New job doesn't start til late January when I return from flying Son#1 back to the US for school. Very much looking forward to time with Littles for a while. Love my high schoolers, but will enjoy a change. Spent today getting my papers in order and taking a field trip to the immigration office for my teaching visa (which is something entirely different than the visa I have now). Thank God a Korean co-worker went with me - it was insane.
December 12, 2011 at 6:20 AM

Circles in the Sand said…
Congrats on the job! It's nice to have your own something on the side in expat life, I think. Loved reading about your brush with Korean healthcare and very glad to hear you're on your feet again :-)
December 12, 2011 at 7:24 PM

MsCaroline said…
Circles: Thanks, I think I am well on the road to recovery...still looking forward to hearing about Dr. Jabber (the Hut)!
December 12, 2011 at 11:06 PM

nappy valley girl said…
Well done on the job! Fascinating about the Korean health check system. Seems bizarre that foreigners have to undergo such tests, and not the locals - mind you, apparently you have to have an AIDS test to get a green card in the US.
December 13, 2011 at 7:26 PM

MsCaroline said…
Thanks, NVG!I didn't realize you had to have an AIDS test for a US green card, but it would actually make more sense if they had all visa applicants do it. In this case, it's just foreign teachers, as though somehow our teaching activities would be more likely to cause infection...odd.
December 14, 2011 at 12:20 AM