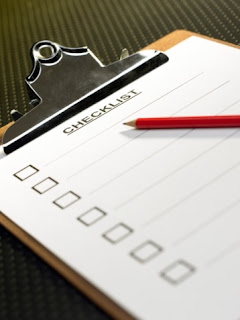 If you've been wondering about the deafening silence here at Asia Vu, it's because Mr. Logical and I are up to our necks in list-making as the clock ticks down to just under 3 weeks before our move to Korea.  Our relationship has deteriorated into nothing more than twice-daily meetings via Skype, wherein we plan the logistics of the upcoming move with a level of precision worthy of a military maneuver.  Due to the 14-hour time difference, one of us is always hunched groggily over a coffee cup while the other one is slumped exhaustedly over an adult beverage.    After the routine greetings, our conversations tend to follow this typical trajectory:

1.  Updates:  the children, the dog, the house, the yard, the vehicles, the doctor, the dentist, the students (me);  the apartment search, the packers, the movers, the new job, the plane tickets, the visas, the paperwork, the details (him).  After these exchanges, we move on to:

2.  The List:  things I need to do, things he needs to do, things that should have already been done, things we think we should do but know we won't have time to do, things that we definitely won't do but would like to do, and things we really don't need to do but will do anyway (dammit.)  After all this, there's usually a brief, stunned silence while we both digest the overwhelming amount of  stuff that needs to get done, and then the conversation moves into the terminal stage, namely:

3. exhortations to have a Good Day or Good Night, followed by professions of mutual admiration and assurances of a later meeting roughly 12 hours hence.

For those of you who are curious about what exactly is on those lists, I think the most accurate way to provide some insight into what we're dealing with is to simply show the lists to you.

(Turns out that this list-making thing must be some sort of universal response to stress, because I ran across an eerily similar post over at Expat Mum, who also has her hands full at the moment.  It's good to know I'm not alone.) 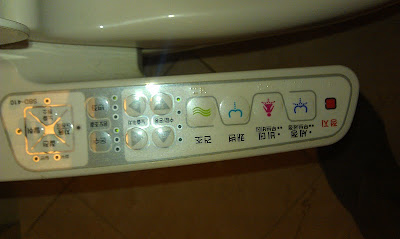 MsCaroline said…
@AA: Thanks for stopping by, and God only knows! I still haven't mastered the cable remote, and we've been here for 6 years. It's not looking good for the toilet...

Trish said…
I'm sitting here nodding at all of this, laughing at spraying your teenager with sunscreen and your confusion over sticky dots.
If your toilet instructions are as complicated as those for my new washing machine, I can sympathise.

I've been having a lot of trouble commenting on your posts recently (blogger problems) but changing to Google Chrome seems to have helped!
June 3, 2011 at 7:10 PM

MsCaroline said…
Trish: I wish you luck with the new washing machine. We put in new appliances 3 or 4 years ago and I still keep the oven manuals nearby in the kitchen for anything beyond the basics!

Sorry to hear about the blogger problems: I had a similar problem a couple of weeks ago (blogger) and it drove me crazy. Funny that changing to Chrome helped: I often have problems with websites that won't let me use Chrome and have to switch to Firefox or Explorer. Too bad, I love Google Chrome! Let's cross fingers and hope the kinks are really fixed!
June 3, 2011 at 10:06 PM

Karen said…
Hope this comment posts, Carolyne. I'm also having trouble commenting. Love your lists, can't wait for Arse-blaster review and commend you for sunscreening reluctant son. I sent sunscreen the last time mine went to a water park without me. Of course, he did not apply. And, of course, he got the first sunburn of his young life. Surprise!! It hurts!! Guess Mom was right about that after all. And....probably Mom will not be right the next time. Until after she is proven right, anyway! Hang in there, hurry up Chandler and try to keep your heads (both of you!).
June 4, 2011 at 6:37 PM

MsCaroline said…
So sorry about the comments, Karen! I actually changed some of the format to try and make it easier to comment, and it looks like I might have made things worse. Figures. I think part of the bummer of motherhood is the fact that we don't get to be around to appreciate it when the kids have that 'aha' moment of realization that mother was, indeed, right. Thanks for the encouragement!
June 4, 2011 at 8:00 PM