That which does not kill us... 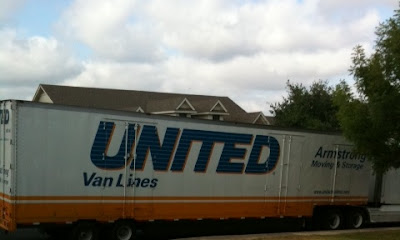 "That which does not kill me, makes me stronger." - Nietzsche

Here at Asia Vu, we are doing as well as can be expected, living like displaced persons, and hopping from room to room as our house is overrun by movers and packers.  A team of them has swarmed in, wrapping and packing anything that's not nailed down (including Son#2's phone charger, which is possibly the most awful thing that can happen to a teenage boy.)  We have sent off the Air Freight, ( an impossibly small shipping container in which we were supposed to pack everything that we anticipated needing before the Sea Shipment arrives in 3 months:  nothing like trying to see into the future.)  The Sea Shipment is being trundled off as I write this, leaving the remaining 60% of our belongings, which will be packed up and borne away to a storage facility over the course of the next two days.

Naturally, as with all moves - whether across town or across the world - any number of crisis situations have arisen here at the last moment, providing that extra element of panic that heightens the senses and allows one to fully engage in the moment.  The high points of this particular move have included:
So, yeah.  We're kind of like hobos at the moment, living out of a pathetic assortment of bags and backpacks, eating in odd places at random times, sleeping just about anywhere (exhibit A:  Exhausted Son #2, in the flotsam and jetsam of the last room with furniture) and using other people's laundry and plumbing facilities.  So much for the glamour of overseas travel....

Karen said…
Oh, dear. Funny and sad all at the same time. Carolyne, honey, this is like Toy Story 3....times 3. Repeat after me...I will survive, I will not hurt anyone, I will survive. Then please, for the love of God...have a stiff drink! That's all I got for you.

Karen (who actually has a house full of happy campers tonight. 1 who got her long awaited computer game in the mail and 2 who got good parts in the summer play.)
June 15, 2011 at 2:08 AM

MsCaroline said…
Thanks, Karen. Took your advice, and a few hours spent with good friends - and a few stiff drinks - have left me in a better frame of mind and ready for whatever tomorrow will bring. So glad to hear about your happy campers - what's the play?
June 15, 2011 at 4:35 AM

nappy valley girl said…
This all sounds so familiar from our move 2 years ago - dividing the stuff up into 3 different categories, filling in forms, panicking. (Except we didn't do the Air Freight thing, which would have been nice, but we didn't actually have an address in the US to move to, having cleverly decided to find a house upon arrival. So we had to drag 8 suitcases from pillar to post - quite a feat with 2 kids and no car).

MsCaroline said…
Thanks, NVG, I believe you are right. I think things will be considerably better in Seoul - at least I keep telling myself that. I don't how you maintained your sanity, schlepping the suitcases and kids while house-hunting. The only time we have had kids along on the house hunt, it was only one (we left the little one with Nana) and we were only moving to another state, not another country, so we hadn't yet become displaced persons.
June 15, 2011 at 11:45 PM

Karen said…
Glad you are feeling better...hope it has continued! Things will have to calm down in Seoul, for one thing you will have less "things" to deal with. At least for a while. Gotta ask...are you moving into the apartment right away? What will you do for furniture? I have a mental picture of the 4 of you in that luxurious apartment (at least by my standards) sitting on the floor eating dinner and sleeping in sleeping bags. Say it ain't so!
As for the play...."Mr. Toad's Mad Adventure" or something like that. Based on Wind in the Willows. Josh is the Chief Weasel and Katie is Mole. Can't wait! 6 more days of work, and graduation (at work) is tomorrow. Happy campers are back to grinding their way to the last day of school. 4 more for them!
If I don't get to contact you again before you go...Godspeed, my friend!
June 16, 2011 at 10:16 PM