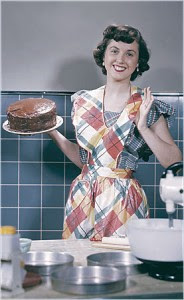 Here at the Asia Vu household, we've unpacked most of the boxes, figured out where to put the furniture, and - most importantly - connected the Xbox to the big TV.  And now, in the calm that comes after the storm, we turn once again to questions asked by you, our loyal readers.  That's right, it's time for everyone's favorite question-and-answer fest, during which I, MsCaroline, answer your questions about parenting, homemaking, etiquette, and expatriate life in Seoul.

Question:  I have just discovered that I have inadvertently packed 58 towels  to bring to my new home in Seoul.  Should I write an amusing blog post about this hilarious misunderstanding?
Answer:  Most inadvisable.  While MsCaroline -as a seasoned traveler, free spirit, and occasional overpacker - has deep sympathy for your plight, it is highly unlikely that normal, healthy readers will share her compassion.  This may lead to uncomfortable confrontations in which Loved Ones plead with you to get help for what both you and I understand is a simple mistake that could be made by anyone.  In light of this, it is recommended that you pack up your excess towels, abandon them in a dumpster in the dark of night, and never speak to anyone of this again.

Question:  My dinner companions have ordered a meal that includes baby octopi.  I have been presented with several individual tentacles, which are freaking me out.  Do I really have to eat them?  While MsCaroline herself is a seasoned conneisseur of many international cuisines,* she can certainly understand the consternation of a typical Western traveler on being confronted with a small bowl of stir-fried tentacles and the expectant gaze of one's dinner companions.  In these cases, however, one must be aware that one's street cred is on the line, and there is no option but to consume at least some of the tentacles in question.  MsCaroline recommends eating them quickly and washing them down with generous quantities of beer.

Question:  I would like to use the Seoul subway system to travel around the city and do some sightseeing.  However, since I do not speak Korean and get very sleepy while riding on mass transport, I am afraid that I will a) miss my train or b) fall asleep and fail to get off at my stop.  Should I confine my traveling to taxis during my stay here?
Have no fear, timid traveler! Let MsCaroline put all your fears to rest!  The Seoul subway system, in addition to being well-marked in English (and often Chinese and Japanese), provides excellent notification service for both the weary traveler waiting in the station as well as the weary traveler shoehorned into a packed subway car and waiting to exit.  The arrival of the train in the station is announced both in the station as well as in the car by exuberant fanfare-style melodies which alert the passenger and also provide a pleasant musical interlude, very similar in composition and style to the melodies which are played by both your washing machine and your dryer. You will also find - even if you are so lucky as to get a seat - that the combination of repetitive jingles and the crush of the crowd will effectively prevent any desire or ability you might have to fall asleep, so you can travel via subway in complete confidence. Besides, as I have mentioned before, traveling in a taxi does not necessarily guarantee that you will arrive at your intended location.

Question:  My 14-year-old son has chosen to grill cow intestines (which he believes to be chicken) at the self -serve Korean buffet.  Should I stop him from from eating them or just keep quiet?  It is just this kind of helicopter parenting that has led to moral decline and social decay in the West.  If your son has chosen cow intestines to grill and eat for his lunch, by all means, do not hold him back as he stretches his wings and scales new heights.  Keep your peace and simply be available to hand him a paper napkin when he realizes, at first bite, that he has made a terrible mistake and insists that swallowing said intestine would lead to disaster.  In addition, under no circumstances whatsoever should his older brother be aware that this situation has occurred until after the cow intestine in question has been duly disposed of.  Do not ask me how I know this.

Question:  Hey! Is that guy selling t-shirts with English phrases on them? Yes, indeed.  They say, 'Boston, Massachubetts.'

MsCaroline said…
Potty: Since I know nothing about Moscow except what I learned in 3 years of (now-forgotten) Russian at University (which is primarily that 'Moscow' is 'Moskvah' unless you're in it, in which case I think it turns into 'Moskve' but I'm not really sure), I suggest that you take on the challenge.
July 24, 2011 at 11:42 PM

Jakee said…
MsCaroline,
Thank you for your suggestions about eating intestines. I recently had a horrifying experience with grilling intestines at a lunch with friends and family. I wish I had had your sage words of advice to help me handle to wiggling mess intestines become when cooked. I shall be better prepared next time.
July 25, 2011 at 11:53 AM

MsCaroline said…
Dear Jakee: It is, indeed, a little-known fact(and rarely mentioned in polite company) that intestines tend to squirm around while grilled. This (along with their rubbery consistency and unappealing flavor) is probably why your experience was so horrifying. I am sorry that enlightenment came too late, but am glad that you had the support of friends and family (who, btw, missed you extremely while shopping on Saturday night in Myeongdong.) I recommend you buy a smoking-hot silver dress and awesome shoes with which to console yourself. Please do not hesitate to contact me with further questions regarding intestine-grilling.
July 25, 2011 at 12:42 PM