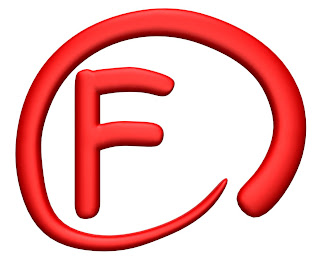 The really good bloggers, I hear, have the type of time-management skills that allow them to live full and vibrant lives while also regularly sharing their experiences with their reading public.  But not MsCaroline.  I always thought I was a good multitasker, but it turns out I can either lead an interesting life, or I can write regular blog posts, but - apparently - I can't do both.

In essence, it has been a couple of weeks of...for lack of a better word..... BlogFail.

I take full responsibility for this failure, except that I want to point out that it's not really my fault. I've been preoccupied pulling teeth coordinating parent volunteers (when I'm not planning, buying, transporting, or serving food - or sending e-mails about the same) in the effort to provide approximately 450 meals over the last few weeks for the cast and crew during rehearsals of Son#2's high school musical (not the High School Musical, but a high school musical) mostly without a !@#$%^& car, often using public transport, and (often) in the rain.  The pinnacle of my efforts will take place this Saturday evening at the Cast Party, after which I plan to go home and remain in bed for several months.  (Silver lining:  I'll have ample time for blogging then.)

But let it not be said that MsCaroline is a quitter! No, she is not! So, without further ado - even though at this very moment I should be composing wheedling emails begging people to come help me decorate for the cast party - I give you the condensed version of the last few weeks and just a few of the reasons for my Blogfail:

MrLogical's 49th birthday:  This was celebrated in an English Pub (I know,in Seoul, of all places) with the requisite fish and chips, birthday cake, and lots of beer.   It is still unclear whose idea it was to order a round of  melon shooters at 11pm, and even more unclear why we drank them - an action that I deeply regretted many times during the following day, because MrLogical and I had to be up betimes to drive ourselves and about 2000 kilos of food through the pouring rain to Son#2's school on roughly 5 hours' sleep.   Along with some other dedicated (and significantly more chipper) parents, we made 150 (more or less) tortilla wraps to feed the swarms of hungry teenagers during their all-day rehearsal.  Tortilla wrap construction is not exactly a thrill a minute under the best of circumstances, but, in this particular case, it was even less so.  Once we had fed the swarming hordes, cleaned up, and headed to the car, we then sat in bumper-to-bumper traffic for hours in the driving rain on the way home, listening grimly to the fwump-fwump of the windshield wipers (which did nothing to help the throbbing in our heads) and wishing for quick death.

Son#1 is coming home for the summer after all:  Due to excessive stinginess practial and thrifty money management, it had been decided by MrLogical, the fiscal meanie that Son#1 should stay in Texas after semester ended, find himself a job and an apartment for the summer, and meet us in the U.S. for a family vacation when we returned this July for home leave.  If you are a mother, you will understand that the idea of seeing my eldest child (who had so recently left the nest) for a grand total of only 10 days before next Christmas  was the most awful thing I have ever heard unacceptable.  Fortunately, due to the difficulty (and cost) of Son#1 finding an apartment in town to sublet for the summer, MrLogical finally saw reason determined that it would be just as financially expedient to fly him home to Seoul for 5 or 6 weeks before we all traveled back together.  (Just between you and me, I know MrL is just as delighted as I am at the prospect of Son#1's imminent return. Oh, he talks a tough game, but underneath?  Marshmallow.)

A (surprise) trip to the Seoul Zoo with my friend L:  Like so many things in Seoul, this trip did not turn out quite like we expected, (primarily because we thought we were going to the Botanical Gardens, not the Zoo,) but we are nothing if not intrepid, and it turned out to be fun anyway.  The Seoul Zoo is located in an aesthetically beautiful (yet physically challenging) location on the side of a cliff.in the foothills of Mt. Gwacheon.   Your uphill climb begins as you exit the subway station, continues on the long avenue approaching the Zoo entrance, and ends - well, it ends when the zoo ends, partway up the mountain.  In fact,  most of our time at the zoo was spent heading slowly and painfully uphill.  It is true that, in order to (presumably) not drive away most of its clientele, the Zoo wisely features a chairlift (yes, just like skiing) which conveys patrons from the entrance up to the northernmost boundary of the Zoo, where sensible people can disembark and wend their leisurely way down the mountainside, which really would have been the pleasant and restful way to do it.  In a stunning display of brilliance and minimal advance planning, however,  L and  hiked our way to the top of the zoo and then rode the skylift down before hiking back up the mountain to see the side of the zoo we had missed.   And then, we just walked down the second time.  Lest you accuse me of exaggeration, behold the road you must travel (in our case, on foot) that leads to the zoo entrance: ( note chairlift on the bottom left before it disappears behind trees.)
Searching  for Cherry Blossoms:  This has become something of an obsession of mine, and it turns out that I was justified in obsessing.   I have been looking forward to experiencing the cherry blossoms for a long time now, and- since they are so short-lived - it was of paramount importance that I seize any opportunity to do so.  I am even happier that I got my one gorgeous cherry-blossom shot on that Sunday, because everyone assured me that, although most of the cherry blossoms weren't out yet, they would be guaranteed to be gorgeous the next weekend.  And I'm sure they would have been, except that it started raining late Friday night and then blustered and blew and rained all weekend long, which did nothing for the cherry blossom display except remove it from the trees and relocate them all over pavements and cars.  What now remains is a mere shadow of the grandeur I had been promised.  Maybe next year.

Driving in Seoul and buying a new (to me) car:  Again: so much excitement, so little time.  Driving here is just as terrifying as I thought it would be, but also strangely exhilarating in a death-defying sort of way, like bungee-jumping with a frayed cord, or handling snakes, or sailing solo around Cape Horn in a hurricane.  Seoul traffic being what it is, we decided on a more or less disposable car.  All I cared about was whether it would hold several teenagers and groceries, and that it had air bags.  MrLogical, after carefully combing the used car ads, told me that he had found the perfect vehicle for me - a sort of mash-up of a station wagon and a minivan - which - based on its excellent condition and mileage - appeared to have belonged to a little old ajumma who only drove it to church on Sundays.  We got to the lot where the dealer showed it to me with a flourish.

I agreed that it seemed serviceable and functional, the price was right, and that I would be comfortable driving it, although mint green would not have been my first choice.  The deal was struck, and we made the necessary arrangements.

On the way home, though, I just couldn't get rid of the nagging sensation that it looked like something I'd seen before:  short, stumpy, roomy inside with a sort of rounded exterior...tallish for its breadth...and then it came to me:

We had bought me a clown car.


See you around town.

Karen said…
Can't wait for pictures of the clown car!! Am thinking that if you can only do one at a time, it is probably better to have a life than to have a blog. Glad that this is so for you, although I think the blog is pretty darn good for a "fail." Just home from dropping off my own thespians and preparing for the Bruins game. Wonder of wonders, I have no paperwork tonight, just a little prep work. Weeeeee!

Trish said…
A break in blogging is often the forerunner of a cracking blog post. That's my motto and seems I am right.

Laughing at the circuitous route to get to the zoo - that's just what we do, always take the opposite way to everyone else.

MrLogical said…
The seller of the vehicle assured me that it has never been used to transport clowns..
April 26, 2012 at 1:03 PM

MsCaroline said…
Trish - well thank you - I always told myself when I was in graduate school that I worked best under pressure, so maybe I've been right all along! And the Melon shooters - Maybe nice for MrLogical, but not for me. What was I thinking?
April 26, 2012 at 1:13 PM

MsCaroline said…
NVG - They were lovely, and I'm so glad I was aggressive about taking all those photos...as far as Son#1 coming home goes...when he was Littleboy 1's age, I couldn't even imagine him leaving at all. In fact, I still find it hard to realize that he's as old as he is. I'm so thankful he's coming home - I don't think I could have handled a mere 10 days...
April 26, 2012 at 1:16 PM

MsCaroline said…
Karen - yes, life is pretty interesting, but I do enjoy the blogging, too, even if it is a 'fail' (and thanks!) Hope you enjoyed your 'free' night - don't watch baseball (is that what the Bruins do?) but I hope they won (if that's what you were hoping for!) Opening Night tomorrow...tension high here...
April 26, 2012 at 1:18 PM

MsCaroline said…
Circles - thanks! - so proud of myself, I drove it today for the first time - thank goodness a friend of mine rode along for moral support - and I didn't kill anyone!
April 26, 2012 at 1:19 PM

BavarianSojourn said…
No wonder you haven't had time to blog much... Sounds like you have been super busy! Good luck on Saturday, hope all goes well and I love that you have a clown car! :D
April 27, 2012 at 6:36 AM

Wilma said…
Too funny! I bet the clown car is wonderful. Sean would love that it's mint green. He would have chosen it on that basis alone.

MsCaroline said…
Wilma - the clown car is mechanically functional, and it has air bags, so I am well pleased with it, although Sean is welcome to the mint green. One of my friends optimistically referred to it as a 'soft metallic' green, but I still think of it as that minty green that was popular in the 80s/early 90s, about the same time that pale blue and rose were popular colors for decor.
I guess I should have known that the Bruins played hockey, since I was born in Boston, but I just didn't grow up paying attention in the least to sports and have never really been interested. I'm doing well to recognize a few basketball teams during March madness!
April 28, 2012 at 3:26 AM