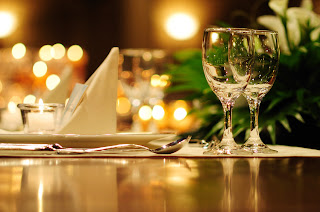 (Apologies to those of you who already read the abbreviated version of this incident on FaceBook, but this was such a great illustration of the type of life I live these days that I just couldn't help blogging about it.)

Regular readers know that I teach English a few days a week to kindergarteners at an international school here in Seoul.  My students, for the most part, are a highly-sophisticated, well-traveled group from many nationalities and ethnicities, most of whom are bi- or trilingual in languages that include German, Korean, English, Chinese, French, and a number of other Western and Asian languages.

While kids are just kids, no matter what their cultures, one of the things I've found fascinating is what they like to eat.  (I've posted before about the popularity of gim -thin seasoned sheets of pressed seaweed- with the kindergarten set in Korea.)  At our particular school, the children bring breakfast with them and sit around the table in the morning munching on whatever their Mamas have packed for them.  On any given day, you may find any of the following being eaten:  soft pretzel with cheese; fresh fruit and yogurt; a sandwich of rye bread and cold cuts; or raw cabbage and cucumbers.  This last entree is most fascinating to me, especially since I know without a shadow of a doubt that, when my own children were that age, they would have viewed a breakfast of raw cabbage and cucumber as an attempt to poison them - or, at the very least, a cruel and unusual punishment.

I've mentioned before that roasted silkworm pupae are a popular street food here, which may seem inconceivable to Westerners, but, in all fairness - coming, as I do, from the land that gave you the Big Mac and the Twinkie - I am in no position to judge anyone's gustatory preferences. All of this simply to illustrate the (rather obvious fact) that taste in food is whatever you become accustomed to.  In my opinion, if you get nothing else out of living abroad besides that simple concept, you have made enormous strides towards global peace and universal understanding.

It is with this point in mind that I provide you with the following vignette from my daily life, (which is nothing if not occasionally surreal) keeping in mind that English is not necessarily the first language of any of my students.

Scene:  Kindergarten playground:  the sandbox.  Children are scattered variously throughout, busily occupied with building castles, digging enormous holes, flinging sand at each other, and - the favorite game with a certain group of little girls these days - playing at 'restaurant.'  This game consists of filling a bucket with sand and any other items the child can find lying about in the playground, such as leaves, pebbles, grass, or juniper berries.  Once the entree has been concocted, the second stage of the game involves summoning the nearest adult customer to come to the 'restaurant' and 'eat' it.  A little girl I will call 'Anne' has just completed a culinary masterpiece consisting of sand and several pieces of bark scalped off a nearby evergreen tree and is hollering frantically at me to come sample it.

MsCaroline:  (scooping sand and debris out of bucket, waving it in proximity of mouth, and making enthusiastic smacking noises) Mmmmm! This is delicious, Anne! What is it?

Anne:  (blankly) What means 'what kind'?

Anne:  (the light now dawning, searching for word) Ohhhh.... It is horse.

Karen said…
I actually think I may try that on my kids. For some reason there are few questions that grate on me more than the daily, thrice (and sometimes more if they forget they already asked) asked question, "What's for dinner?" Not sure why this aggravates me except maybe it is the smug assumption that I will, of course, produce a hearty, healthy and quick dinner on a nightly basis. As indeed, I do! Or maybe it is that many times the answer is greeted with silence and a quick turn away. That's because, like my mother before me, I have taught my children that they never say "yuck" or "eeeew" at the food that has been prepared for them, in any situation. They have learned this well but still manage to communicate their disapproval quite effectively. Anyway, think I will tell them "horse" next time and see what they will say. Little things amuse little minds.
Loved your story....the little ones' thoughts are so priceless!
April 29, 2012 at 3:48 AM

BavarianSojourn said…
Brilliant! It's a real insight isn't it? I love gim, and have finally found a decent kimchi source in Munich!! Not sure I fancy the silkworm pupae though!!
April 29, 2012 at 6:37 AM

MsCaroline said…
Karen - I hate that question, too! Usually I just say, 'yes' which is annoying to the questioner and is a subtle signal that means, "I have no idea, there will be some kind of food, leave me alone." My kids don't yuck or 'ewww' either. They grew up with the mandatory minimum taste of whatever was put in front of them. They didn't ever have to clean their plates, but trying everything was mandatory. Don't know if using 'horse' would be useful at my house... my kids are such that if I said 'horse' they'd probably say, 'cool!'....
April 29, 2012 at 7:29 AM

MsCaroline said…
Emma- I still don't buy kimchi for home - just eat it when we're out and enjoy it then, but it really tastes best to me with Korean food, which I don't cook. MrL eats it straight out of the jar, though. The roasted insects are definitely an acquired taste, although they're not bad...just not as good as other things, in my opinion!
April 29, 2012 at 7:30 AM

MsCaroline said…
Frances- No, no 'yucks' or 'ewwws' from me! I would never want to hurt her little 5-year-old feelings! And you're right - kimchi is not in the least bit quick - unless you buy it ready made in a jar, which I do not do! I would, however, love to see how it's made. There are usually demonstrations and classes held for foreigners in the fall (when all the good housewives are putting up their kimchi to ferment) and I would love to go to one!
April 29, 2012 at 10:45 PM

MsCaroline said…
Trish - Ack! Did he say it was good? I suppose - in theory - there can't be much difference between 'foal' and 'veal' or 'lamb,' but it's amazing how your cultural biases affect you. There are still plenty of those in Asia who enjoy a meal of dog, but there's another barrier I'm probably not ready to cross....
April 30, 2012 at 10:33 PM

Karen said…
"I have no idea, there will be some kind of food, leave me alone."

Yes....I sometimes just say "food," which serves the same purpose as your "yes." (see above quote from Ms. Caroline)

Am now finished with my second job as homework police and ready to turn in. Another Monday conquered! Or at least endured and outlasted.

Elizabeth Musgrave said…
My response to the "What's for tea? question (tea being the term in the North of England for an evening meal) was usually "Don't know yet". This was not strictly true but I was another one driven mad by the question. Wait and see, and eat it, whatever it is.
May 1, 2012 at 10:33 PM

MsCaroline said…
Elizabeth - thanks for stopping by! I think the 'what's for dinner/tea/whatever meal' question is one that mothers the world over dislike. I have to admit, I dislike the question more when I know that I don't have anything planned and will be scrambling. I feel like people quizzing me just adds to the pressure!
May 2, 2012 at 7:20 AM