Expat Life: Bank Transfers and Why MsCaroline Deserves an Award 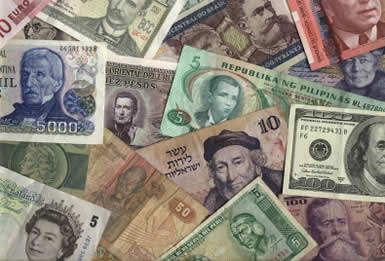 (Note:  The seed for this post was planted a week or so ago when I read this hilarious post by Outbound Mom about the challenges she faced trying to do her banking as an expat in Brazil.  My challenges are nothing like hers, but it does go to show you that even the most mundane daily activities overseas can be fraught with pitfalls.)

Now that I've lived in Seoul for a year and a half, it's probably time to confess that I am just now getting around to using the Korean banking system.  In my defense, I really didn't need to when we first moved here:  MrL's company's contract with the US military allows us the inestimable privilege of using the US-based banking facilities on the nearby US Army base, and we were able to use our US debit cards in most ATMs in Seoul (many of which provide English language transactions) to get cash when needed.  In addition, most establishments in Seoul accept credit cards.

We didn't really have a need for a Korean bank account.

We were also a bit wary of the Korean banking system, since at least one experienced expat had expressed a certain lack of confidence in the level of security of online transactions in Korea (note:  this was to turn out to be one of the most ludicrously incorrect statements that I have heard since moving here and is an excellent example of why you should never accept hearsay as an appropriate source of information.) Based on that - and a certain amount of natural timidity - I was happy to stick with what was working for us at the time.

For the first few months, things moved along smoothly.  Then, once Son#2 started school, we began to run into to the concept of the 'bank transfer.'

In fact, this is actually a pretty convenient system.  Everything that isn't paid in cash or via credit card is done with a bank transfer, simply transferring the money from your account to the payee's, not unlike the system that is used for paying bills online in the US.  The advantage of the transfer, however, is that it can be used just as easily to pay people as institutions, and it can be done online or at an ATM.

Back in the US, when one of the children needed money for something, I sent either cash or a check to school with them.  In Korea, everything (from the Yearbook to field trips to test fees) is paid for via a transfer, which meant that we would need to open a Korean bank account.

I duly opened an account and more or less ignored it, conditioned as I was to using our US account to pay for everything.  Every few months, something would come up (usually something that had to be paid for Son#2's school) and I would trot myself dutifully down to my bank, wait my turn in the Expat Banking line, thrust my passport, my bankbook, my card, and the bank transfer information at the banker and ask her to make the transfer.  The truth is, I'd never mastered doing it on the ATM, which - while claiming to provide guidance in something like 26 world languages - did so in an English that was not always intelligible to me and terrified me by eating my card the first - and only - time I'd tried to use it. (Disclaimer:  according to the people I know who regularly use ATMs to do this, bank transfers are quite easyif you are not MsCaroline once you learn how to do it.)

While it was not particularly convenient to hike to Hanam-dong to the bank every time I wanted to perform a transfer, since I rarely had to do it, the method - while clunky - worked for me.

I had, at one point, actually gathered all of the information and documents that I had needed to set up online transactions  some time ago, but had never actually gone to the trouble of setting up an online account, since I knew instinctively it would be complicated.  However, I woke up this morning to find Son#2 thrusting a document in my face and insisting frantically that I needed to transfer money to pay for his IGCSEs this May, which he had (naturally) waited until the last minute to ask me for.  Given that it was a) my day off and b) it was approximately -2C out, I decided that the time had come for me to try Korean online banking.

It was then that I discovered just how ridiculous the idea of Korean online banking being less secure than the US system was.

In the first place, I couldn't just log in without having previously made a special trip to the bank where I had to apply for online access and be given a special number and a special 'security card' which looked to me like a tiny credit-card sized bingo sheet, covered with rows of numbers (now you know why I said that I knew instinctively it would be complicated.)

In the second place, once I dug all this information out and logged myself on  to their English-speaking site, I discovered that what I took for 'security' in the US was a shameful and pale shadow of the online security system here in Korea, where they apparently take this much more seriously than we do.

The security steps I took included:


45 minutes, 3 failed attempts, 2 Korean warning notification boxes, and 2 cups of coffee later, I had successfully set up my online account, applied for - and been granted - my "digital certificate," correctly typed in what felt like a million numbers and codes, and transferred the money.  All, I might add, without once using language unbecoming a lady or throwing things.

Is it any wonder that I feel like I deserve some sort of an award? 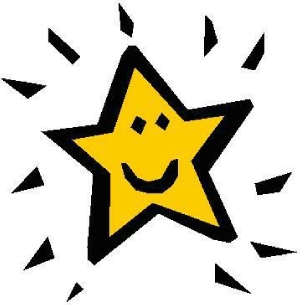 Michelloui | The American Resident said…
I would have thrown something. Or at the very least got up and stood glaring at my computer shouting things and running my hands through my hair wondering why the heck...but then sitting down again and continuing because, actually, it's quite reassuring that the system is so secure! At least you don't have to do this every time you make a payment!

MsCaroline said…
PM - I think so, but it's nice to hear it from someone else!

Stacy - Well, it was at 6am (right before school, remember) so maybe I'll toast myself tonight...

Michelloui - I did have a few bleak moments, but I was so highly motivated to NOT have to go out in that -2C wind and cold that I was possessed with superhuman patience! And - if truth be told - I did not want to give Son#2 any further excuses for wiggling out of the iGCSEs!(they are not mandatory for those planning to attend US unis, only 'strongly encouraged')

Joe -thank you! As I said above, it was 6am, so I was drinking my coffee straight, but maybe I would have finished it all more quickly if I'd considered some of those 'flavor additives' you mention....
November 27, 2012 at 9:22 PM

Trish said…
Often when we have Online transactions to complete my husband I sit together to do it. He's the one who panics and shouts and I sit beside him pointing and reading out numbers. We're a great double act!
November 28, 2012 at 8:16 AM

MsCaroline said…
Trish - You know, that probably would have helped quite a bit. After the first failed attempt, I was ultra-paranoid and trying to read the tiny numbers on the tiny card and type them in was a challenge. Unfortunately, he had already headed off for work when I sat down to work on this. I'll be better prepared next time!
November 28, 2012 at 11:01 AM

Heather Van Deest said…
I'm glad you were able to avoid the cold, and now you can bank online in the future. Congrats!

Karen said…
LOLing as usual, but also wondering....why not words unbecoming to a lady? I'm sure I would have resorted to them!! You do deserve that award!
November 30, 2012 at 2:47 AM