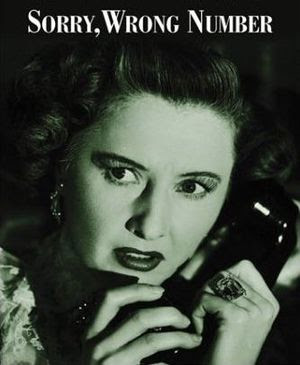 (Note:  "Yoboseyo" is 'hello' on the telephone in Korean.  It's how you answer the phone and how you greet someone when you phone them.)

By "Phone Spam," I am, of course, referring to telephone calls from:  A) human telemarketers  B) robot telemarketers  and C) humans who have dialed (or been given) the wrong number.  When I lived in the US, the amount of Phone Spam I got on my cell/mobile phone was really quite minimal, and if the house phone caller ID registered a name or number that sounded suspicious, I just didn't pick it up.

Here in Korea, though, we don't have a landline in the apartment, which is very common.  Everyone in the family has a mobile and, like everyone else in Korea, we have them with us at all times.  Of course, the drawback to this is the fact that all those robocalls and telemarketers are also with us at all times, as are the wrong numbers.

In the case of telemarketers, it's actually quite an advantage to not speak any Korean. As soon as the telemarketer realizes I don't speak Korean (the cheery, "Hello, MsCaroline speaking" gives it away, I guess,) he or she hangs up, presumably to telemarket in greener pastures.

In the case of the robots, it's not really a problem either:  I just hang up.

But I just can't hang up on people -especially people who have likely made an honest mistake.  Which means I am entirely to blame for the frustration that ensues.

Logically, you would think these calls would end very quickly, as soon as the caller realizes I'm not the Korean person or business that they were trying to reach:

This, however, hasn't been the case at all, and I can't figure out why.

When I get wrong numbers here, the callers just don't accept it.  You'd think that they'd hear 'Hello' and hang up almost immediately.  But no.

They are tenacious.  They suspect I have latent Korean-speaking abilities (or maybe a nearby friend who has them) that will emerge if they only speak more loudly, if they hang on a bit longer, use smaller words. When I state (in English) that I don't speak Korean, they reply - at length -in Korean.  And they don't hang up.  They sit there -breathing - on the other end of the phone, waiting for me to respond.  And when I do respond - in English - they don't just hang up.  No! They keep trying! They have unlimited faith in me  - or perhaps in my potential.  But the point is, It never works.

But they always try.  And I always end up feeling very, very guilty.

As an example, I provide the following exchange which took place no less than 15 minutes ago:

Barbara said…
No! You just have to learn how to say "wrong number" in Korean! But hang up right after you say it in case that makes the caller think you can speak Korean...
November 21, 2012 at 3:30 AM

Unknown said…
Oh wow that made me laugh

Maybe you need to learn how to say "I don't speak Korean" in Korean.

Stacy said…
At least they don't speak English and want to practice! I have lived in several places where strange men - always the men - switch to English and want to chat. I don't feel bad at all and just hang up. All the while, praying that they don't know what number they just dialed so they can't call again. I had one rather persistent suitor in Malaysia that didn't stop calling back - apparently even my hello was mesmerizing - until I threatened to call the police.
November 21, 2012 at 7:15 AM

Circles in the Sand said…
Exactly the same happens here! Just the other day, I was thinking how odd it is that people just don't believe they've got the wrong number and that I might actually morph into the person they want - even tho I must surely sound like the wrong gender/nationality/insert other big clue. Very funny post!
November 21, 2012 at 7:30 AM

MsCaroline said…
Circles - They really are disbelieving, aren't they? I don't get it - when I call somewhere and people don't speak English, I hang up almost immediately. It never occurs to me that the person I'm calling might have a non-English-speaking friend answer their phone - or that they might *really* be able to speak English and are just holding out on me. Maybe I'm just not persistent enough, though!
November 21, 2012 at 7:49 AM

Trish said…
You tell this tale so well - it did make me laugh. Just as well the phone calls aren't nuisance sex calls: your reply could take the wind out of their sails!
November 21, 2012 at 8:56 AM

BavarianSojourn said…
I am not laughing, honest! Did remind me of when we lived in Denmark... We got no end of cold callers there, and most of them would say oh, sorry I can't ask you any of our (not very important) questions in English, as legally we have to ask them in Danish. And I would be like "oh what a real shame"... :D
November 21, 2012 at 9:26 AM

MsCaroline said…
Trish - well, in all fairness, it's entirely possible that they *are* nuisance sex calls and I'm just too thick to realize it (maybe that's what the breathing's about, now that I think of it!)
November 21, 2012 at 9:35 AM

MsCaroline said…
Emma- Ha! I bet you were *so* disappointed! I suppose I should really be counting my blessings anyway - if they speak English, I'm sure that would just prolong the whole frustrating experience!
November 21, 2012 at 9:38 AM

MsCaroline said…
MrL - That sounds exciting - as long as you switch to English immediately thereafter. xo
November 21, 2012 at 9:58 PM